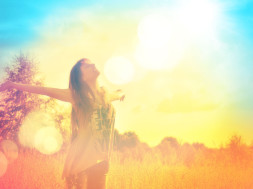 How To Find Happiness By Helping Others 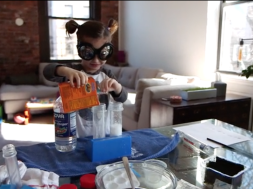 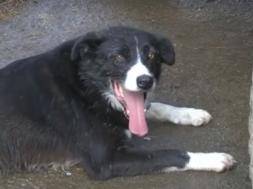 Here are 30 real-life love stories. Each one of them, we think, encapsulates something about all of humanity. They’re filled with so much feeling that they have the power to inspire and touch each and every one of us.

We hope you read these and always remember that if you haven’t found them yet, your true love is out there waiting for you as well.

Today, my seventy-five-year-old grandpa who has been blind from cataracts for almost 15 years said to me, «Your grandma is just the most beautiful thing, isn’t she?» I paused for a second and said, «Yes she is. I bet you miss seeing that beauty on a daily basis.» «Sweety,» my grandpa said, «I still see her beauty every day. In fact, I see it more now than I used to when we were young.»

Today, I walked my daughter down the aisle. Ten years ago I pulled a fourteen-year-old boy out of his mom’s fire-engulfed SUV after a serious accident. Doctors initially said he would never walk again. My daughter came with me several times to visit him at the hospital. Then she started going on her own. Today, seeing him defy the odds and smile widely, standing on his own two feet at the altar as he placed a ring on my daughter’s finger.

Today, I walked up to the door of my office (I’m a florist) at 7AM to find a uniformed Army soldier standing out front waiting. He was on his way to the airport to go to Afghanistan for a year. He said, «I usually bring home a bouquet of flowers for my wife every Friday and I don’t want to let her down when I’m away.» He then placed an order for 52 Friday afternoon deliveries of flowers to his wife’s office and asked me to schedule one for each week until he returns. I gave him a 50% discount because it made my day to see something so sweet.

Today, I told my 18 year old grandson that nobody asked me to prom when I was in high school, so I didn’t attend. He showed up at my house this evening dressed in a tuxedo and took me as his date to his prom.

Today, when she woke up from an eleven month coma, she kissed me and said, «Thank you for being here, and telling me those beautiful stories, and never giving up on me… And yes, I will marry you.»

Today, I was sitting on a park bench eating a sandwich for lunch when an elderly couple pulled their car up under a nearby oak tree. They rolled down the windows and turned up some jazz music on the radio. Then the man got out of the car, walked around to the passenger side, opened the door for the woman, took her hand and helped her out of her seat, guided her about ten feet away from the car, and they slow danced for the next half hour under the oak tree.

Today, I operated on a little girl. She needed O- blood. We didn’t have any, but her twin brother has O- blood. I explained to him that it was a matter of life and death. He sat quietly for a moment, and then said goodbye to his parents. I didn’t think anything of it until after we took his blood and he asked, «So when will I die?» He thought he was giving his life for hers. Thankfully, they’ll both be fine.

Today, my dad is the best dad I could ask for. He’s a loving husband to my mom (always making her laugh), he’s been to every one of my soccer games since I was five (I’m 17 now), and he provides for our family as a construction foreman. This morning when I was searching through my dad’s toolbox for a pliers, I found a dirty folded up paper at the bottom. It was an old journal entry in my dad’s handwriting dated exactly one month before the day I was born. It reads, «I am eighteen years old, an alcoholic who is failing out of college, a past cutter, and a child abuse victim with a criminal record of auto theft. And next month, ‘teen father’ will be added to the list. But I swear I will make things right for my little girl. I will be the dad I never had.» And I don’t know how he did it, but he did it.

Today, I have an elderly patient who is suffering from a severe case of Alzheimer’s. He can rarely remember his own name, and he often forgets where he is and what he said just a few minutes beforehand. But by the stretch of some miracle (perhaps the miracle of love), he remembers who is wife is every morning when she shows up to spend a few hours with him. He usually greets her by saying, «Hello my beautiful Kate.»

Today, my twenty-one-year-old Labrador can barely stand up, can’t see, can’t hear, and doesn’t have enough strength to bark. But it doesn’t stop her from wagging her tail a mile a minute every single time I walk into the room.

Today, I watched in horror through the kitchen window as my two-year-old slipped and fell head first into the pool. But before I could get to her, our Labrador Retriever, Rex, jumped in after her, grabbed her by her shirt collar and pulled her to the shallow steps where she could stand.

Today, my older brother has donated bone marrow 16 times to help treat my cancer. He communicates directly with my doctor and does it without me even asking or knowing when he has an appointment. And today my doctor informed me that the treatment appears to be working. «Cancer cells have been drastically reduced in the last few months.»

Today, I was driving home with my grandfather when he suddenly made a u-turn and said, «I forgot to get your grandmother a bouquet of flowers. I’ll pick up one from the florist at the corner down here. It’ll only take a second.» «What’s so special about today that you have to buy her flowers?» I asked. «There’s nothing specifically special about today,» my grandfather said. «Every day is special. Your grandmother loves flowers. They put a smile on her face.»

Today, I re-read the suicide letter I wrote on the afternoon of September 2nd 1996 about two minutes before my girlfriend showed up at my door and told me, «I’m pregnant.» Suddenly I felt I had a reason to live. Today she’s my wife. We’ve been happily married for 14 years. And my daughter, who is almost 15 now, has two younger brothers. I re-read my suicide letter from time to time as a reminder to be thankful — I am thankful I got a second chance at life and love.

Today was the ten-year anniversary of my dad’s passing. When I was a kid he used to hum a short melody to me as I was going to sleep. When I was 18, as he rested in his hospital bed fighting cancer, the roles were reversed and I hummed the melody to him. I haven’t heard that melody since, until last night. My fiancé and I were turned on our sides looking at each other in bed when he started humming it to me. His mom used to hum it to him when he was a kid.

Today, my eleven-year-old son speaks fluent sign language because his best friend, Josh, who he grew up with from the time he was an infant, is deaf. Seeing their genuine friendship evolve and grow over the years.

Today, my dad passed away from natural causes at the age of 92. I found his body resting peacefully in the recliner in his bedroom. In his lap, facing upright, were three framed 8×10 photographs of my mom who passed away about ten years ago. She was the love of his life, and apparently the last thing he wanted to see before he passed.

Today, I am the proud mom of a blind seventeen-year-old boy. Although my son was born without his sense of sight, it hasn’t stopped him from being a straight A student, a guitarist (whose band just surpassed 25,000 downloads of their first album), and a loving boyfriend to his long-term girlfriend, Valerie. Just today, his younger sister asked him what he likes about Valerie, and he said, «Everything. She’s beautiful.»

Today, my twelve-year-old son, Sean, and I stopped by the nursing home together for the first time in several months. Usually I come alone see my mother who’s suffering from Alzheimer’s. When we walked into the lobby, the nurse said, «Hi, Sean!» and then buzzed us in. «How does she know your name?» I asked. «Oh, I swing by here on my walk home from school all the time to say hi to Grandma,» Sean said. I had no idea.

Today, my grandpa keeps an old, candid photo on his nightstand of my grandma and him laughing together at some party in the 1960’s. My grandma passed away from cancer in 1999 when I was seven. This evening when I was at his house, my grandpa caught me staring at the photo. He walked up, hugged me from behind and said, «Remember, just because something doesn’t last forever, doesn’t mean it wasn’t worth your while.»

Today, I’m a mother of two and a grandmother of four. At 17 I got pregnant with twins. When my boyfriend and friends found out I wasn’t going to abort them, they turned a cold shoulder to me. But I pressed forward, worked full-time while attending school, graduated high school and college, and met a guy in one of my classes who has loved my children like his own for the last 50 years.

Today, I was sitting on a hotel balcony watching two lovers in the distance walk along the beach. From their body language, I could tell they were laughing and enjoying each other’s company. As they got closer, I realized they were my parents. My parents almost got divorced eight years ago.

Today, at the age of 72, nearly 15 years after my grandfather passed away, my grandmother remarried. And since I’m only 17, I’ve never seen her so happy in all my life. It’s inspiring to see two people so in love at their age. It’s never too late.

Today, after two years of separation, my ex-wife and I resolved our differences and met for dinner. We laughed and chatted for almost four hours. Then just before she left, she handed me a large envelope. In it were 20 love letters she wrote me over the last two years. There was a post-it note on the envelope that said, «Letters I was too stubborn to send.»

Today, I was in an accident that left me with a gash on my forehead. The doctors wrapped a bandage around my head and said I have to keep it on all week. I hate wearing it. Two minutes ago my little brother walked into my room wearing a bandage on his head. My mom said he insisted that he didn’t want me to feel alone.

Today, as my ninety-one-year-old grandfather (a military doctor, war hero, and successful business owner) rested in his hospital bed, I asked him what his greatest life accomplishment was. He turned around, grabbed my grandmother’s hand, looked her in the eyes, and said, «Growing old with you.»

Today, on our 50th wedding anniversary, she smiled at me and said, «I only wish I had met you sooner.» 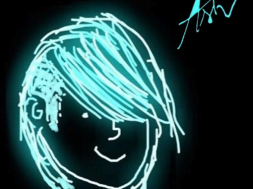