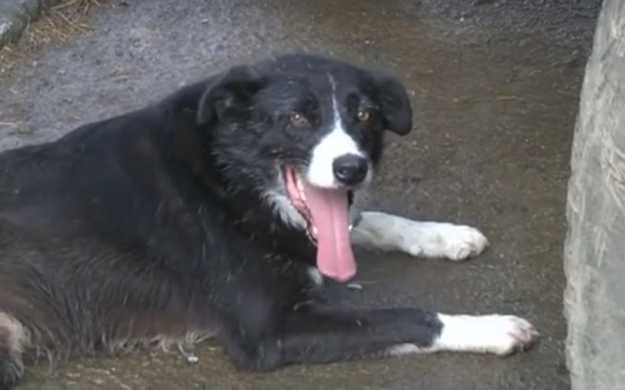 Shan James and her husband, Alan, run a farm in the U.K. They have several working sheepdogs to herd their 3,000 sheep. Recently the couple received an inquiry from a farm in Cockermouth, Cumbria, looking to try out one of their working dogs, Shan James told BuzzFeed News. They sent the farm Pero, a 5-year-old border collie who works best with smaller herds of sheep, James said. 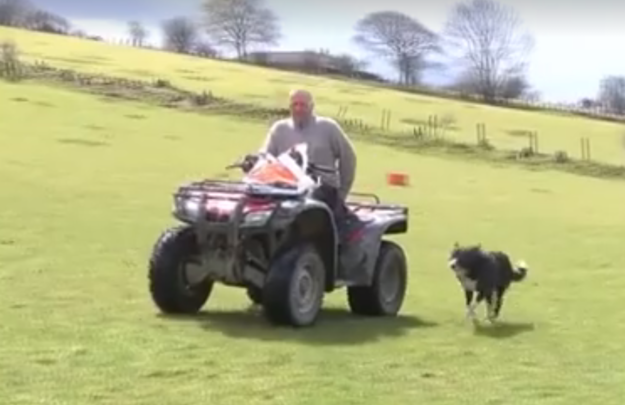 “Pero was more a bike dog than he was a large farmworking dog,” James said. “Because this individual was looking for someone to work with a bike, we thought it was an opportunity for Pero. Being a single dog, we thought he would enjoy it.”
The dog was left with the Cumbria farm at the end of March, but the owners said he never quite settled. He wouldn’t respond to the Cumbria farmers’ calls and would stay put in the corner of his kennel.

On April 9, the James family received a call that Pero had gone missing the day before.

The family were not overly concerned, because Pero is microchipped. They assumed he had run off the farm, but would reappear. But no one saw Pero for days. Until 13 days later, when he showed up on the Jameses’ doorstep one evening.

James said her husband had come in for dinner at around 8 p.m. As he walked out to prepare the sheep for the night, he bumped into Pero wagging his tail excitedly on the family’s doorstep.
“He called us out to see,” she said. “We couldn’t quite believe it. He was adamant it was Pero.”The family were not sure how Pero reappeared at their home, as the trek between the two farms is about 207 miles. 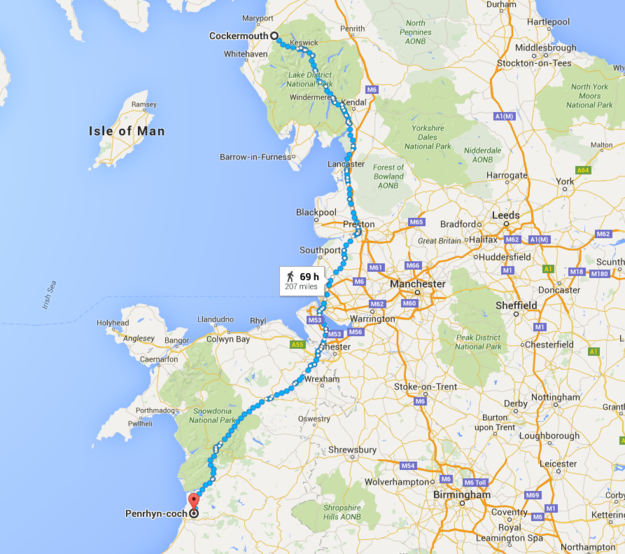 “We’re just really mystified that he has succeeded in coming home,” James said. “It’s a mystery to me.” She said Pero did not appear to have any injuries and seemed in good health, although he is walking with a slight limp.

The family are not considering lending him out anytime soon. “It would be very unfair to send Pero away again,” James said.