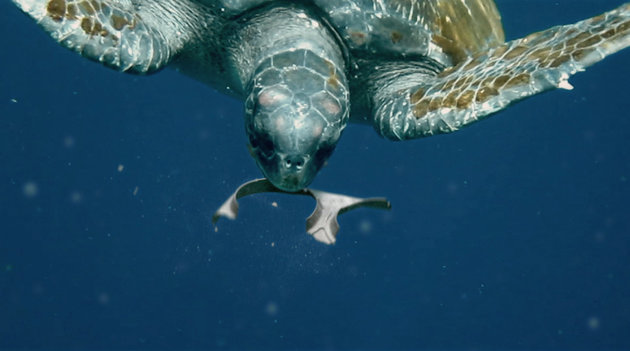 A craft beer company has brewed up a brilliant idea.

Saltwater Brewery in Delray Beach, Florida, has created edible six-pack rings that feed, rather than kill, marine life if the rings end up in the ocean and an animal happens to eat it. The rings are created from beer by-products during the brewing process such as barley and wheat and are completely safe for humans and fish to eat.

The rings are also 100 percent biodegradable and compostable, which just ups the product’s sustainability game.

The brand says that the innovative design is as resistant and efficient as plastic packaging. The only drawback is that edible six-pack rings are more expensive to produce. But the company hopes that customers will be willing to pay a little more in order to help the environment and animal life.

“It’s a big investment for a small brewery created by fisherman, surfers and people that love the sea,” Peter Agardy, head of brand at Saltwater Brewery, said.

The brand also believes that if more breweries hop on this bandwagon, prices may go down. If more companies invested in the technology, production cost would go down and edible rings would become competitive with plastic ones, saving marine lives ­— which is desperately needed.

According to a report published in the journal PNAS, researchers have found that about 90 percent of seabirds have eaten plastic and are likely to retain some in their gut. They also are “virtually certain” that by 2050, any seabird found dead will have plastic in their stomach.

The Ocean Conservancy’s 2015 Ocean Trash Index — which enlisted 561,895 volunteers to pick up 16,186,759 pounds of garbage — also offers a few staggering facts. It cites plastic as among the most common trash item ingested by sea turtles in 2015. Volunteers found 57 marine mammals, 440 fish and 22 sharks, skates and sting rays entangled in plastic. The index also explains that littering isn’t the sole culprit for plastic in the ocean. Plastic can also be blown by the wind from a trashcan or dump, end up in a storm drain and then travel through pipes into the ocean.

“We hope to influence the big guys,” Chris Goves, Saltwater Brewery’s president, said. “And hopefully inspire them to get on board.”