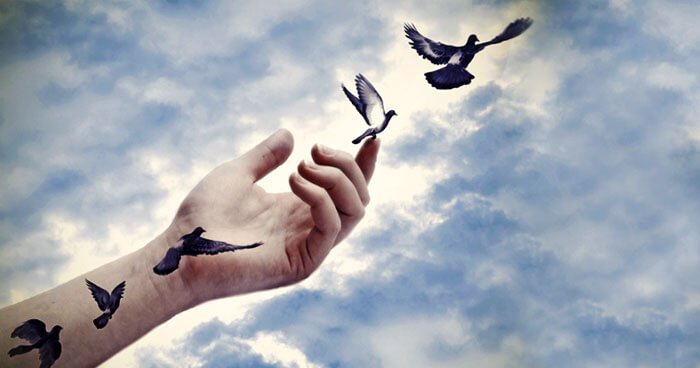 Happiness is Letting Go of Outcomes

All of us have had to reconcile when things didn’t go our way, and sometimes that is more important than getting what we originally wanted. Somewhere in our past as children we learned that crying or pouting might just get us that candy bar in the store from Mom. The memory is still there and the urge to try this strategy as adults almost never seems to go away, but it does become less effective as we grow older. Let’s face it… more things seem to not go the way we want them to than actually the other way around, so maybe we can make this aspect of Murphy’s Law work in our favor.

If anything can go wrong, it will… – Murphy’s Law

It’s okay to poke fun at ourselves about it, and maybe occasionally we all need to sneak off and have a private temper tantrum but one of the most respectable things is to see someone handle misfortune gracefully. Grace isn’t about suppressing heart-ache or failure so much as it is about being present and honest about these things while holding your dignity. That’s why we always love stories about the underdog becoming triumphant and how we can empathize when they are not.

Learning to overcome failure by letting go of outcomes

Many years ago my dear friend, Al was diagnosed with cancer. The doctor told him to enroll hospice care because he only had 6 months to live. He decided to ask the woman he loved to marry him, and began planning the wedding instead. After the honeymoon he went in to see his doctor and the cancer was in full remission. He told me the story about 10 years later when his cancer had returned to claim his life. He had refused chemotherapy because he didn’t want to have a war going on in his body, he was open to what the cancer had come back to teach him.

He stayed at home during his last months, surrounded by friends until his final breath. I sat up with him once as the whole community took turns doing the hospice work with him. His body withered but he kept his spirit high. One night I jokingly asked him if he could play the part of a dying man for just a minute and he said that was the best joke he heard all day. He said to me:

10 years ago when cancer threatened me, I chose to love louder and it scared the cancer away. If it is coming to take me this time I will have had the last laugh because look at this wonderful party and all my friends coming every day to be with me.

He passed later that month but he must still be smiling because his wisdom continues to inspire everyone who knew him and now maybe you too. He was such a great example of grace in hard times. We’ve heard, “It is the journey not the destination” or “it’s not about winning or losing it’s about how you played the game” and so many other sayings. They have become so cliche’ that we often forget to embody them.

Remaining present in a world filled with disruptions

Changing the World by Choosing Love over Fear

Right now our global community is waking up to the reality that there are potentially catastrophic changes coming to all of us due to climate disruption. With a massive story of unfavorable outcomes on the horizon we are being called more than ever to embody the spiritual wisdom that invites us to remain present, to love fearlessly, and cultivate compassion. This collective evolution in consciousness may reveal a blessing in disguise.

…it is possible to be at peace if you pierce through our false reality, which is based on the idea of life and death, to touch the ultimate dimension in Buddhist thinking, in which energy cannot be created or destroyed. By recognising the inter-connectedness of all life, we can move beyond the idea that we are separate selves and expand our compassion and love in such a way that we take action to protect the Earth. – Zen master Thich Nhat Hanh

Naomi Klein has been showing us that this crisis may be a great opportunity to take a look at things that are not working and change our course in history. Pioneers like Bruce Lipton have illuminated how important it is for our creativity and health to choose love instead of fear as a lens through which we see the world. In my previous post, Will Humanity Choose Love or Fear I write about the science behind this revelation that also includes a profound native prophecy.

To the work you own the right, but not to the results thereof. – First Tenant of Karma Yoga, Bhagavad Gita Chapter 2 Verse 47

Taking the time to enjoy the present

Happiness is Letting Go of Outcomes

Stress is almost always the result of fear, or worrying about outcomes. Peace almost always arises when we can be fully present in the moment. If we make now the destination then we will find that we are already here and outcomes in the future will mean a whole lot less. Right action is its’ own reward, we don’t need to chase dangling carrots.

We might not have this world as we know it forever, but right now the sun is still rising every morning. We have so much that we overlook as we gaze into the future. The solutions we seek may just present themselves effortlessly if we can become fully present and receptive in the moment. If the world ends tomorrow what will it matter if we didn’t take the time to enjoy it today?