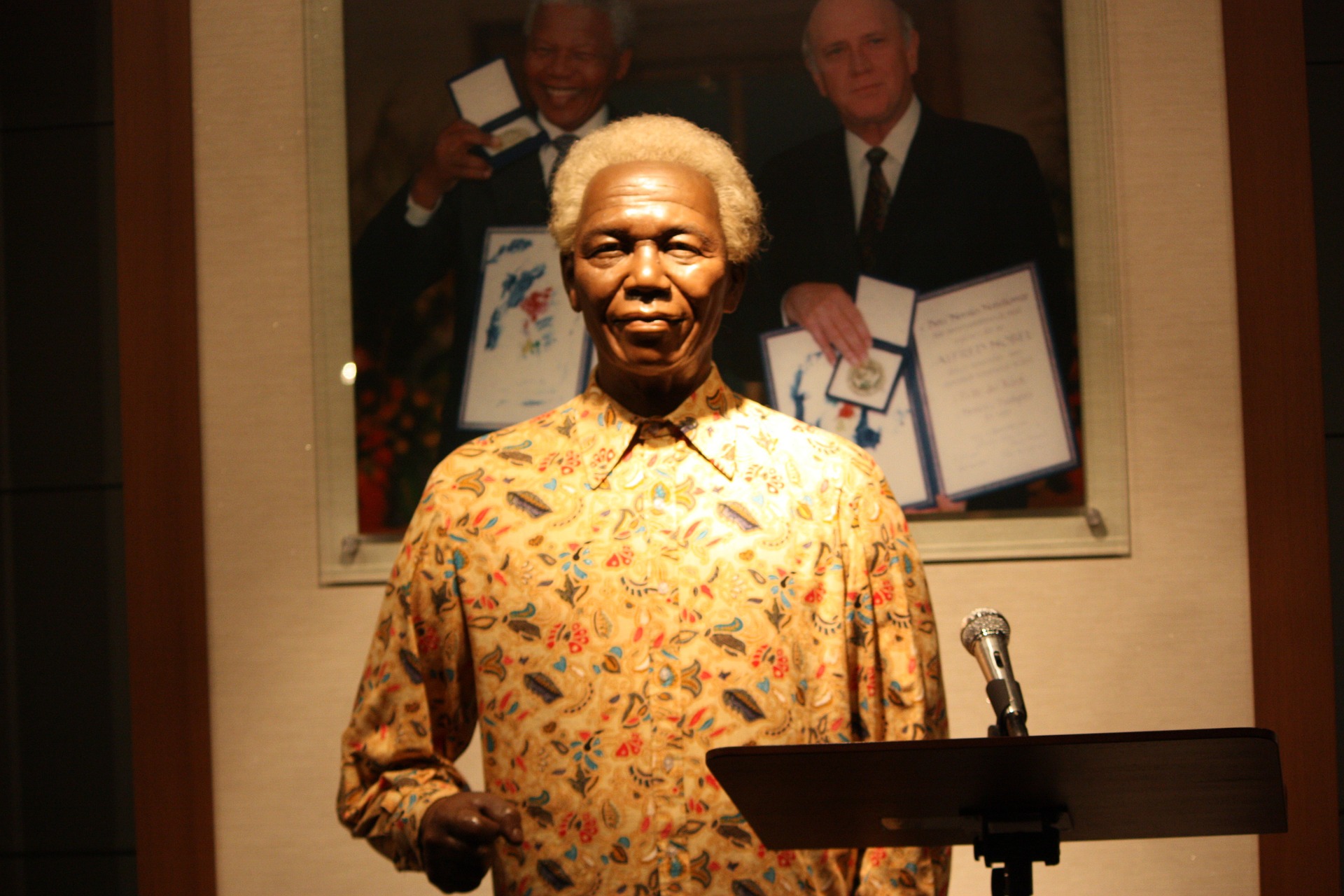 Mandela: An Exemplar of Lifelong Learning

A study of Nelson Mandela’s educational experiences has revealed the global icon to be an exemplar of lifelong learning. Research by Dr Peter Rule of the school of education at South Africa’s University of KwaZulu-Natal shows “deep fascination with education and learning”.

Mandela’s autobiography, Long Walk to Freedom, is written “almost as a learning story. These are my teachers, this is what I learned and, as a result, this is who and what I have become,” Rule told the 9th Annual Teaching and Learning in Higher Education Conference that was held in Durban in September 2015.

The purpose of the study, Rule told the conference hosted by the University of KwaZulu-Natal, was to draw insights and implications from an analysis of Mandela’s lifelong learning, as reflected in his autobiography, biographies about him, his speeches and other sources.

“If you look at Nelson Mandela’s writings, there is a very rich reservoir of material about lifelong learning,” he said. “It is interesting to plot how and what he learns.”

Mandela had an interesting and complex education. It included a traditional Thembu upbringing in Eastern Cape province, which Rule described as the “foundation of the whole structure of his education”. Mandela also had a formal Wesleyan mission education, higher education, professional education as a lawyer, a political education and a prison education.

Being brought up a Thembu, said Rule, was a “powerful, formative part of Mandela’s education”. He learned the history and the culture of the Thembu people, folklore and the law, stories of the group and a civic education.

Key experiences included going through circumcision, and growing up in the chief’s court. “When Mandela’s father died he became part of the chief’s compound, and saw first hand what was happening in that court. That had a strong influence on his own leadership style.”

The oral tradition was central in this education. His father told stories about battles and heroic warriors. Mandela wrote in his autobiography that his mother “would enchant us with Xhosa legends and fables that had come down from numberless generations”.

It also included a civic education. Mandela wrote: “I was groomed, like my father before me, to counsel the leaders of the tribe.”

Mandela’s formal education took him through a number of mission institutions in the Eastern Cape. Three generations of African leaders went through the mission system. Many rebelled against it, but at the same time embraced some of the key elements.

“They rejected the imperialism, colonialism and domination, but admired the system of parliamentary democracy, Christian values such as order, public service, good conduct and the English language as a unifying force against ethnic divisions. The formal mission education had a continuing influence on his life,” said Rule.

“His university education was probably not as significant as we think university education is. But of particular importance for Mandela was the people he met. At Wits he met lawyers from other racial and cultural backgrounds, and interacted with them at a political and professional level and that was powerfully formative for him.”

Mandela’s professional education was also interesting. After Wits, he did an articled clerkship at a law firm in Johannesburg – probably the only law firm that would take on black clerks. Lazar Sidelsky was his mentor at the firm. In his autobiography Mandela talked about learning from Sidelsky about law as public service and making law available and accessible.

“Within that partnership he was exposed to all the kinds of suffering and problems that black people experienced in apartheid South Africa. There were queues of people waiting at the door, and having to deal with these cases, one by one, and through that becoming familiar with how the system worked and how it impacted on ordinary people’s lives.”

Regarding his prison education, Mandela highlighted learning to survive in the prison environment. “Knowing the authorities’ purposes, developing strategies to undermine the purposes, and cultivating collective strength through sharing and solidarity. He saw prison as another site of struggle, part of a broader struggle for liberation.”

Robben Island, home to Mandela for most of his 27 years behind bars, was known as a ‘struggle university’. “Prisoners created their own curriculum, both academic and political. You could choose to go to classes on Marxism or the Indian struggle, trade unions or English literature. People who knew about these things would teach,” said Rule.

“Often the methods were innovative. There would be study circles at the quarry, where people would stand in groups as they were working and have somebody lecturing on a topic.”

“What’s striking for me is how Mandela is an exemplar of lifelong learning. He learns throughout his life, from being a child to being in his 70s and 80s,” said Rule.

“But also it is life-wide learning. It is not just confined to formal spaces like schools and universities but includes prison, the struggle – it’s an embracing learning. And also life-deep learning – not simply about politics or law but about how the person develops and grows.”

In trying to understand how lifelong learning worked for Nelson Mandela, Rule found four levels of dialogue – with others, with self, with the collective, and with context.

Dialogue with others was crucial. “A striking thing about Nelson Mandela’s story is how he refused to dehumanise ‘the other’. Whether the person was an opponent or enemy – even prison warders or Afrikaner politicians – he insisted on seeing ‘the other’ as a person who he could acknowledge, understand, interact with and learn from.”

Long Walk to Freedom, said Rule, “is full of dialogues with friends and mentors, with comrades and rivals”. For example, although Mandela never became a communist, he had a continuing, strong dialogue with communists through the 1940s and 1950s. “We see this pattern of dialogue that runs through his story. And dialogue with others is very important.”

The second level is dialogue with self. An example is when Mandela met a Basotho queen in the 1940s and she asked him why he could not speak Sesotho; why, with his royal Thembu background, he could not speak a language of the people?

“He was forced to confront his own parochial identity as a Thembu and start to think what it meant to be a South African,” said Rule. “He captures this as quite a transformative moment, when suddenly his mind opened and he embraced a wider African identity.”

Another example is Mandela’s use of the Xhosa phrase, Ndiwelimilambo enamengamo, which means “crossing famous rivers”. Mandela used it when he returned from Johannesburg to the Eastern Cape for the funeral of a chief.

“In that journey he realises how he has changed, how he’s moved from a rural area to the city – how he’s become an urban person, a lawyer, from being a Thembu, a tribal person.”

There were a number of significant river crossings for Mandela, and he reflected on what they meant for him. “Dialogue with the self is about critical self-reflection and moments of transformative learning.”

Regarding dialogue with the collective, said Rule, there was an interesting dialogue through Mandela’s life with the former liberation, now ruling party the African National Congress, or ANC.

“Often it is about endorsing ANC policy but sometimes it is about contesting it, and occasionally he disobeys ANC policy. At other times he initiates new policy, for example entering into negotiations with former apartheid leaders before that was ANC policy. “So there is a complex dialogue going on with the collective.”

Dialogue with context was also a crucial aspect of Mandela’s learning experience.

“One thing that is characteristic of Mandela is this ability to reflect on what’s going on around him and understand what it means. You can see this clearly when he comes out of prison and is having to adapt very quickly to a very different South Africa – a violent country in transition in the 1990s – and having to learn and read the signs of the time.”

Rule said that what he was trying to show through Mandela’s dialogic lifelong learning was that the dialogues were all related to each other, and there was continuing, evolving dialogue.

“What I tried to do is understand Nelson Mandela’s learning as part of a broader South African dialogism” linked to people like Albert Luthuli, Sol Plaatje, Steve Biko, Helen Suzman and, recently, Vice-chancellor of the University of the Free State Jonathan Jansen.

“It’s a dialogue of people who don’t necessarily agree with each other but who are committed to engaging. So there is an emphasis on connectedness. Various human beings are connected to each other and also to those who have gone before and to those who are coming after.”

Mandela’s emphasis was on humanism – the insistence on seeing all people as human beings – and an understanding that dialogue rests on difference.

“In fact there can be no dialogue without difference, if you think about it – there would be nothing to say. So dialogue is about engaging with difference. It doesn’t mean coming to consensus, but is about recognising and appreciating difference.”

Another lesson from Mandela’s life was critical reflection and openness to criticism. “He wasn’t always fond of criticism but he listened and embraced it.”

There were possibilities of personal and collective transformation. “This kind of learning means being open to change,” said Rule. “And the good of humankind stands above that of any sectional interest – that’s one of the key things that we learn from Mandela’s life.”