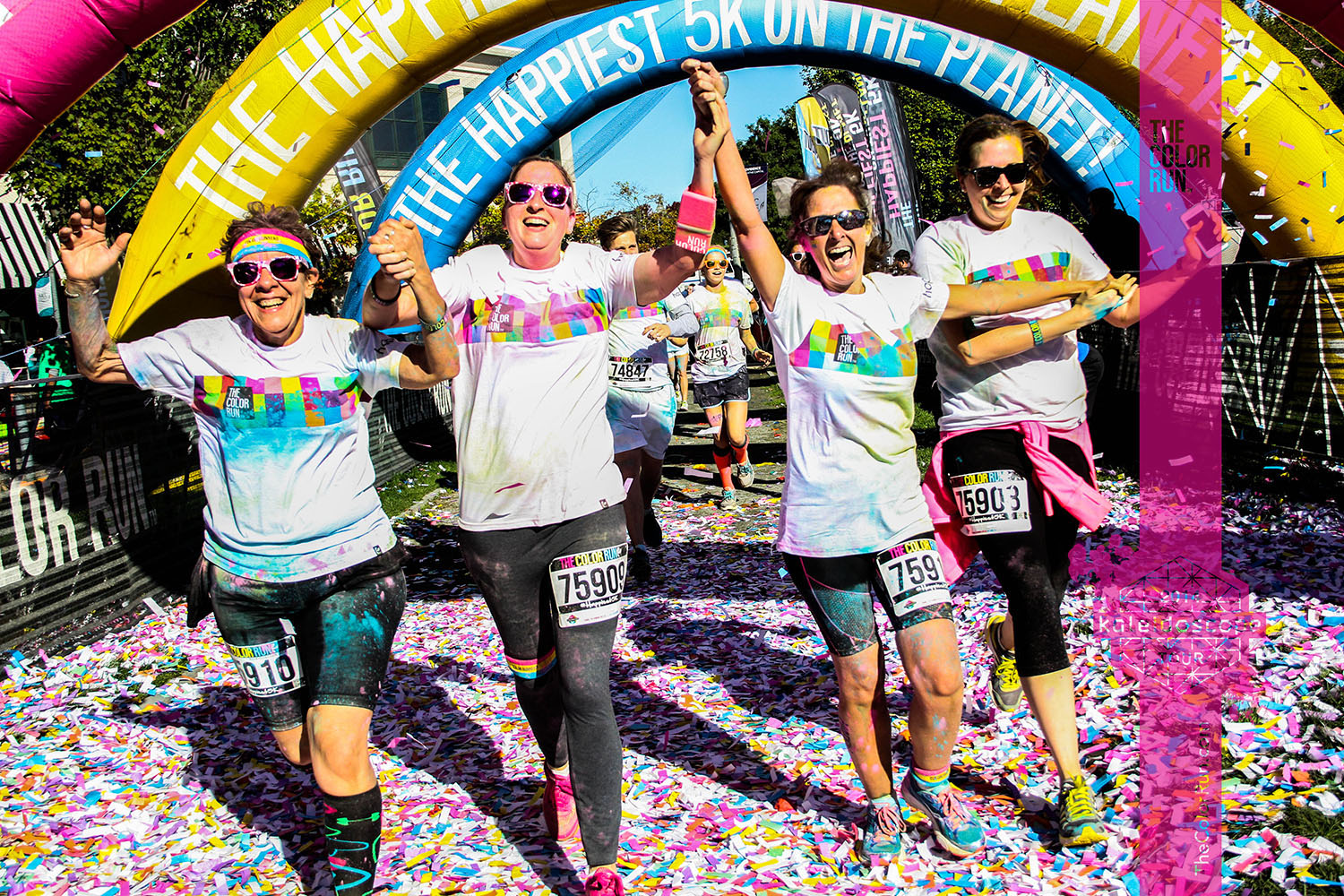 If someone offered you an afternoon spent working out, would you be excited? What if they added hours of paint tossing fun and genuine laughs into the mix? Does that change your mind? We thought so!

We all know that exercise is good for us. It keeps us healthy and happy in so many ways, but it’s ok to admit that many of us don’t really like it. Everything is always a little easier when it’s fun, and when it comes to happiness, it’s worth it. That’s the idea behind the newly popular Color Run.

The Color Run was launched in 2011 as a way to bring people together, regardless of their physical fitness levels, to make running less of a chore and more of an upbeat, positive experience. Dubbed, “The Happiest 5K in the World,” The Color Run focuses less on how quickly you complete the race, instead putting emphasis on the enjoyment you get from participating. Anyone who has ever started as a beginning runner (ahem, that’s everyone who runs) knows that ultimately, it’s not about pushing past the other runners into first place. It’s about spending time treating your body well in a way that makes you happy, and that’s what The Color Run is all about.

All this talk about how fantastic the event is, but what is it? The original Color Run is touted as the very first “paint race,” and the 5k’s main goal is to completely annihilate a fresh white shirt with a wide array of colored paints, blasted at runners as they pass and again after they finish. Runners don their own white running shirts, and as they pass mile markers on the path, volunteers shower them in various colored powders to prove to everyone, most especially themselves, that the runners made it to the checkpoints. Of course, the ultimate goal of each Color Run is for participants to enjoy an active afternoon frolicking in a literal rainbow, and based on the immense popularity of the races over the last 4 years, it seems The Color Run has accomplished its goal, time and time again.

In fact, The Color Run has been so successful at showing people around the globe that exercise and happiness co-exist, that they recently launched a Color Run Night, catered towards those who prefer not to rise before noon. The Color Run Night is a chance for night owls to “get their glow on,” and turn a simple 5K into an all-night paint party. Honestly, even if you’ve never run a day in your life, it’s tough to deny this sounds like a blast.

If that’s not enough, last year The Color Run’s Shine Tour debuted, which brings glitter into the mix, and we dare you to think of one occasion when glitter didn’t make everything better.

Sure, The Color Run has the term “run” in it, so it’s impossible to deny that it’s a form of exercise, but the genius crew behind this series of events has made it so much more than just another 5K. The Color Run has stormed the country, then the world, as a unique athletic event that promotes happiness and health all at the same time, without sacrificing one or the other, to show each of us that keeping our bodies happy and healthy can only lead to the same feelings for our minds. What are you waiting for? Find the closest Color Run, pull on a plain white shirt and get involved in the party of the year, and last year, and next year!