Home HAPPY VIBES INSPIRING The secret to happiness? Value your time more than your money

The secret to happiness? Value your time more than your money 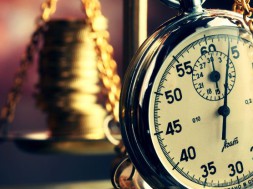 The secret to happiness? Value your time more than your money

Scientists are always chasing the elusive secret to happiness: is it to do with quitting Facebook, speaking Spanish, or having sex more often? Or perhaps we can trace it to maintaining close relationships and keeping healthy? A new study has found that valuing your time over your money can help you feel more content with the hand you’ve been dealt.

“It appears that people have a stable preference for valuing their time over making more money, and prioritising time is associated with greater happiness,”said lead researcher Ashley Whillans. “Having more free time is likely more important for happiness than having more money. Even giving up a few hours of a paycheck to volunteer at a food bank may have more bang for your buck in making you feel happier.”

Despite the large sample size, the study does have its limitations: it doesn’t include people living on the poverty line, for example, who may not have the luxury of prioritising anything other than money. But the research did find that gender, income, and marital status had no effect on whether participants placed time over money or the other way around.

Some of the questions involved in the study used real-world examples to gauge the predispositions of volunteers: whether they would prefer a more expensive apartment with a longer commute to work or a less flashy pad and a quick commute, for example. Some were asked to choose between a job with long hours and good pay or one with shorter hours and a lower starting salary.

Not that a little bit of extra cash can’t make you happy – it sure can, and previous research has confirmed it, but not if that pay rise is fleeting or takes up more of your time.

The study has now been published in the journal Social Psychological and Personality Science.

The results suggest that cherishing the moments you have to enjoy yourself is more likely to bring you happiness than counting your pennies, but don’t expect it to extend your life expectancy. A recent study of 1 million women in the UK from the University of Oxford found that happiness in and of itself doesn’t affect how long you’re going to live for.

As Peter Dockrill reported for us back in December:

“After taking into account considerations in the women’s lives such as smoking and ill health – including clinical depression and anxiety, which are distinct from general unhappiness – plus lifestyle and socio-economic factors, the researchers found that the death rate among those who were unhappy was the same as the death rate for those who said they were happy.”

So don’t get sucked into working extra hours – clock off and enjoy yourself while you can. 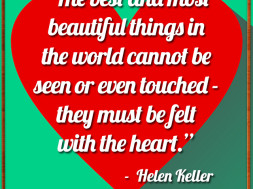 The Best & Most Beautiful Things…