The Woman Who Gave Up Banking To Actually Enjoy Her Life 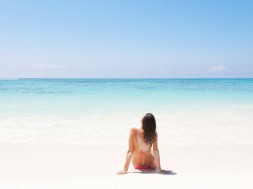 The Woman Who Gave Up Banking To Actually Enjoy Her Life

February 26, 2016
Lisa Eve
IMAGE: Getty Images
Freedom as a career? Is that possible?

Absurdly Driven looks at the world of business with a skeptical eye and a firmly rooted tongue in cheek.

It’s come to that time of year when you might ask yourself this festive question: “What on earth am I doing with my life?”

It’s an especially important question when the world seems to be spinning on several axes at once and the business world involves job tenures that are more frail than the San Francisco 49ers’ grasp of customer satisfaction.

It’s worth, then, listening to the story of Kristin Addis.

She was an investment banker. That sounds lucrative. She lived in Southern California. That sounds like an excellent place to have a lucrative job. Hers brought in six figures.

Then she quit. This was 2012, when investment banking was doing quite well, thank you very much.

“It was hard for me when our paid time off was only 14 days per year. We’d go to the office puking our guts out because we didn’t want to use our vacation time being sick. I felt back then like even if I wanted to, in that 14 days, I wasn’t really allowed to take it all at once. I felt like ‘What is this money worth if I don’t have the opportunity to spend it on what I want?” she told Business Insider.

Does that sound at all familiar? Do you look over the horizon of your beautifully designed cubicle and wish you were elsewhere doing just about anything else?

Addis, 29, decided to do something she actually loved: Travel.

Sometimes, this is the cliché of beauty pageant contestants. They say they’d like to travel and see the world. (Not to mention help all the world’s children.)

Addis didn’t necessarily have a plan, but she began to relate her experiences through a site called Be My Travel Muse.

This led to a book, Conquering Mountains: The Guide To Fearless Solo Travel.

She makes less money now, but what number would your inner actuary put on wandering around China, Iceland, Belize or Botswana, without having to sit in meetings or bow to a carping boss?

Is life about the accumulation of cash or of experiences? Do you feel better about yourself because your pockets are bulging with so much money or because you have so many stories to tell?

Addis explained her philosophy like this: “I think for a lot of people the most valuable thing in life isn’t cash — it’s something like free time or freedom.”

There’s something painfully risible as we listen to political parties claim to offer freedom while simultaneously trying to curtail so many of our personal freedoms.

It’s just as risible when companies insist they offer you “a future,” when that future looks rather similar to your present, with a heap more pressure attached.

Addis still works, writing about her life and sometimes working with brands as she travels.

She bases herself in Berlin. She says she sometimes works longer days than she used to in banking. On the other hand, she is free to disappear for months on end, without anyone telling her she can’t.

Perhaps the most moving part of her life is that she doesn’t actually plan her trips. She doesn’t look to a Lonely Planet or some other fine sherpa to guide her along the way.

Instead, she simple lives, feels out what the locals do and attempts to experience that and more.

It’s not that she believes everyone should do what she does — though she says her efforts over the last three years now bring her around 40 percent of what she used to make.

Not everyone has the courage, the adaptive skills and the wits to set up a website that actually makes money.

It could be, though, that Addis’s example might help you wonder what you might be doing that isn’t the (tedious) thing you’re doing now.

Everyone has their own definition of freedom. It’s remarkable how few people actually try to live freely. 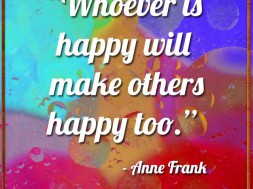 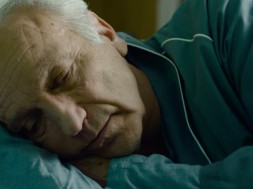 The Greatest Fear in the World 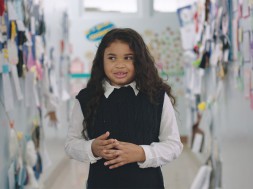