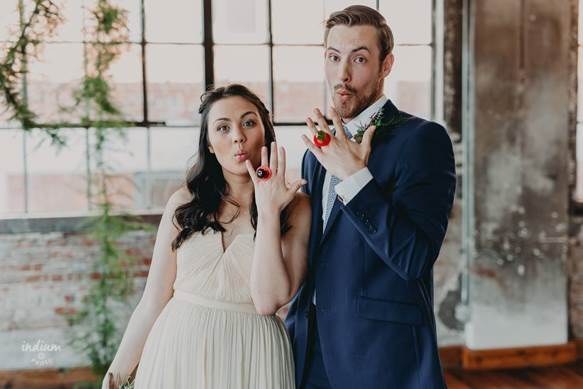 Mandy Grogg and Ryan Williams were all set to exchange traditional rings at their March 25 wedding — until they found out that their bands had been stolen.

The Thursday before their wedding, the couple found out that the delivery truck containing their wedding bands and Mandy’s engagement ring had been robbed.
“I jokingly said that I had kind of planned for all things to go wrong, and that we’d make do without if they didn’t make it back in time,” Mandy told BuzzFeed. “We both shrugged and jokingly agreed that this would be our luck. It all kind of felt surreal and didn’t sink in until honestly the next day. I think we were so busy focusing on being positive that we didn’t accept that something with such sentimental value was taken.” 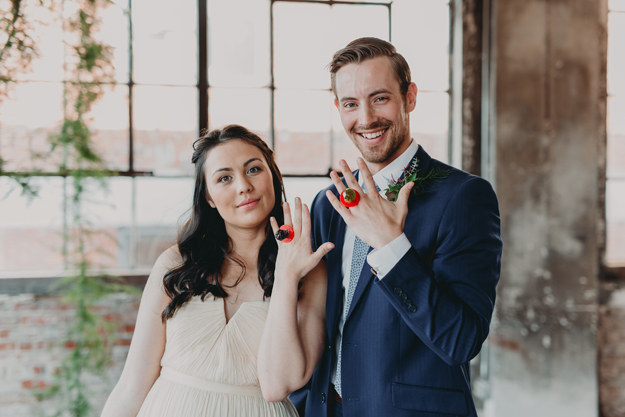 Helzberg Diamonds, the jewelry company, immediately offered to provide decoy rings, but the military couple turned them down in favor of Ring Pops.
“We had already been legally married and had a baby for over a year and a half by the time we celebrated our marriage,” Mandy said of declining Helzberg’s offer. “It wasn’t about having rings, or everything be perfect, so we chose to laugh it off and do something fun.”
Mandy and Ryan met in 2011 while doing ROTC at Missouri University of Science and Technology and currently live in Germany. They got legally married in 2015, but put off their stateside ceremony in Kansas City, Missouri, twice due to job and family obligations.
After Mandy suggested the Ring Pop idea, they quickly got to work, tracking them down in Ryan’s parents’ hometown of Platte City, Missouri.

Mandy bought all the unbroken ones she could find in town, and saved a blue raspberry one for herself as her wedding ring.
The rings weren’t meant to be a keepsake — which is good, because someone at the wedding ate them.

“Unfortunately, someone that night definitely ate them,” Mandy said. “We’re not sure who, but they were consumed at some point in the night!”
The good news? Helzberg located Mandy’s original engagement ring a month after her wedding.

Though she couldn’t wear the ring on her wedding day, Mandy’s not lamenting her Ring Pop alternative. “The kid in both of us couldn’t have been happier with how everything turned out!”